Our Take: CMS proposes new rule to automate and accelerate prior authorizations, says providers could save $15 billion over 10 years

CMS issued a proposed rule on Tuesday to speed up the prior authorization (PA) process and make it more transparent. The rule would also facilitate the sharing of patient information between payers and providers.

“The prior authorization and interoperability proposals we are announcing today would streamline the prior authorization process and promote health care data sharing to improve the care experience across providers, patients, and caregivers — helping us to address avoidable delays in patient care and achieve better health outcomes for all,” CMS Administrator Chiquita Brooks-LaSure said in a press release.

Most of the requirements in the proposed rule would take effect Jan. 1, 2026, and would generally apply to Medicare Advantage plans, state Medicaid and Children’s Health Insurance Program (CHIP) agencies, Medicaid and CHIP managed care plans, and health plans offered on the Affordable Care Act exchanges.

Not all of the requirements would apply to all payers.

To improve efficiency, the proposed rule would require payers to implement a Health Level 7 Fast Healthcare Interoperability Resources standard application programming interface (API) to support electronic PA. Essentially, this would automate the process so that providers could easily check to see whether a PA is necessary and, if so, what documentation is required.

Moreover, payers would be required to include a specific reason when they deny PA requests, post certain PA metrics on their website, and send their decisions within 72 hours for urgent requests and within seven calendar days for standard requests. (Existing Medicare Advantage decision turnaround times are twice as long.)

In addition, the rule would expand the existing patient access API; payers would be required to include information about PA decisions to help patients better understand the PA process and how it affects their care.

Payers also would be required to build and maintain a provider access API so they can share patient data with in-network providers.

Further, payers would be required to exchange certain patient health information with other payers at the patient’s request. The intent is to create a longitudinal health record for patients that could follow them when they change health plans.

According to CMS estimates, the efficiencies resulting from these new policies could save physician practices and hospitals more than $15 billion over the course of a decade.

The proposed rule withdraws and replaces an earlier one published in December 2020. Additional details are available in a fact sheet.

CMS is accepting comments on the proposed policies — including the possibility of requiring even shorter turnaround times for PA decisions — through March 13.

Our Take: The previous version of the proposed rule received considerable pushback from both payers and providers. The criticism largely centered on the exclusion of MA plans from the PA requirements and the short timeline for complying with the API requirements.

CMS has addressed those criticisms in the revised rule, and this time around the proposals seem to be garnering a more positive response from payers and providers alike. The agency will most likely make further tweaks as it receives additional input.

Albeit for a different reason, the last couple of years have shone a spotlight on what can happen when care is delayed. It’s high time to clean up the messy prior authorization process, which has become a huge issue for physicians, health systems, payers, and patients.

The proposed rule may not be a cure-all, but it’s a definite leap in the right direction. 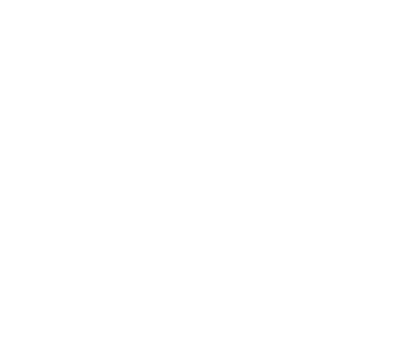 Health Care Rounds: Maximizing Value by Meeting People Where They Are, with Intermountain CEO Rob Allen

In this exciting episode, John sits down with the newly appointed president and chief executive officer of Intermountain Healthcare, Robert Allen. Rob discusses the ways in which Intermountain is tackling value-based care in the midst of today’s challenging health care delivery environment, all while keeping the mission of the organization, “Helping people live the healthiest lives possible” front and center.

What else you need to know
Cleveland Clinic had another financially challenging quarter, bringing its net loss for the first nine months of the year to more than $1.5 billion. The majority of that amount — roughly $1.3 billion — was attributed to investment losses. The nonprofit health system reported a net gain of nearly $1.7 billion for the comparable period of 2021, largely due to a total investment return of $1.1 billion during that time. At $3.3 billion, total operating revenue for the most recent quarter was up nearly 8% relative to the same quarter of 2021. But the health system’s total operating expenses for the quarter were 14% higher than for the same quarter last year, resulting in operating losses of $28 million and an operating margin of -0.9%. “Increases in salaries, wages, and benefits due to higher overtime, premium, and agency costs” were the main driver of the increase in expenses for the most recent quarter, according to Cleveland Clinic’s financial report.

Mark Cuban Cost Plus Drug Co. is partnering with EmsanaRx to launch a new supplemental drug discount product for self-funded employers. EmsanaRx is a pharmacy benefit manager (PBM) established last year that is majority owned by Purchaser Business Group on Health, a coalition of nearly 40 large private employers and public health care purchasers. The new product, called EmsanaRx Plus, is “designed specifically for employers as a standalone pipeline for lower-cost medicines that have been contracted directly with drug manufacturers by Cost Plus Drugs,” the companies said in a news release. Although this is Cost Plus Drugs’ second affiliation with a PBM (the company partnered with Rightway in September, after opting not to establish its own PBM), it marks Cost Plus Drugs’ transition into the employer market. Until now, the company has operated only in the direct-to-consumer market. Cost Plus Drugs also indicated on social media last week that it is considering offering an insulin product.

Fresenius Medical Care has another new CEO. Helen Giza has been appointed to the leadership role, “with immediate effect.” Carla Kriwet, who just succeeded Rice Powell as CEO in October, is leaving the company “at her own request and by mutual agreement due to strategic differences,” the company stated in a press release. Giza has served as chief financial officer since 2019 and will continue to do so until her successor is named. Earlier this year, Giza also accepted the roles of deputy CEO and chief transformation officer. A year ago, Fresenius announced that it would be transforming its operating model with a leaner structure and expected to roll out the new global operating model “around 2023.” That move is part of the company’s FME25 transformation program announced in 2021 to increase profitability.

ACOs appear to save from just under 1% to slightly more than 6%, Health Affairs noted in a recent research brief. The authors of the brief pointed to an issue that exists when attempting to research ACO savings: the lack of a true counterfactual, or what would have occurred in the absence of the ACO. While some reports compare actual spending by the ACO against the benchmarks that represent the targeted savings, some researchers believe the benchmarks are “imperfect comparators” for a number of reasons, the authors wrote. Plausible counterfactuals can be established using “rigorous quasi-experimental methods,” they added. The authors compared findings from three evaluations of ACOs in the Medicare Shared Savings Program. A 2018 study using a counterfactual found savings of 0.4% to 3.1%; that study only evaluated cohorts entering the program in 2012, 2013, and 2014 and their performance through the end of 2015. Two other studies, one by the Office of the Inspector General of the Department of Health and Human Services in 2017 and the other by CMS in 2019, both using benchmarks, found savings of at least 0.9% and as high as 6.1% for the highest-performing ACOs.

The European Commission (EC) sent a Statement of Objections to Illumina and Grail advising the companies of what they need to do to unwind Illumina’s acquisition of Grail. Illumina completed the acquisition in 2021 despite ongoing antitrust reviews by the EC and the Federal Trade Commission. In September, the EC prohibited the acquisition over concerns that Illumina’s ownership of Grail would have “stifled innovation and reduced choice in the emerging market for blood-based early cancer detection tests.” The divestment and transitional measures specified in the Statement of Objections were summarized in a press release issued by the EC.